Atlantech - a technology for the "Covenant of Mayors" 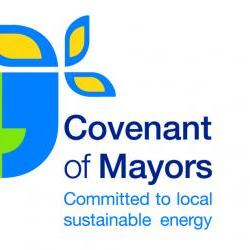 The fight against climate change will be won or lost in urban areas. A vast majority of the European population lives and works in cities, consuming an estimated 80% of the energy used in the EU. Local administrations, as the closest government level to citizens are ideally placed to address climate issues in a comprehensive manner. More and more cities are thus deciding to take up the challenge, as shown by the growing number of Covenant of Mayors signatories (http://www.covenantofmayors.eu/about/signatories_en.html).

The Atlantech Lux technology thanks to the concrete elimination and to their features was developed looking to the future Smart Cities and it is a technology to the service of engineers, architects, urban planners and local policy makers.

One Atlantech Lux Heavy device reduces of about 350 kg the CO2 emissions due only to the material production cycle, without taking into account the other environmental benefits generated by a fast and non-invasive installation and by the opportunity to reuse and recycle the foundation at the end of its life.

SWITCH
ON A NEW ERA
IN THE WORLD
OF LIGHTING
SYSTEMS

Stop to large construction sites, to escavations and to the use of concrete. Choose Atlantech for easy, rapid and safe works. In the respect of the environment.

Contact us without obbligation, we will send you project specifications, complete datasheets and products DWG.